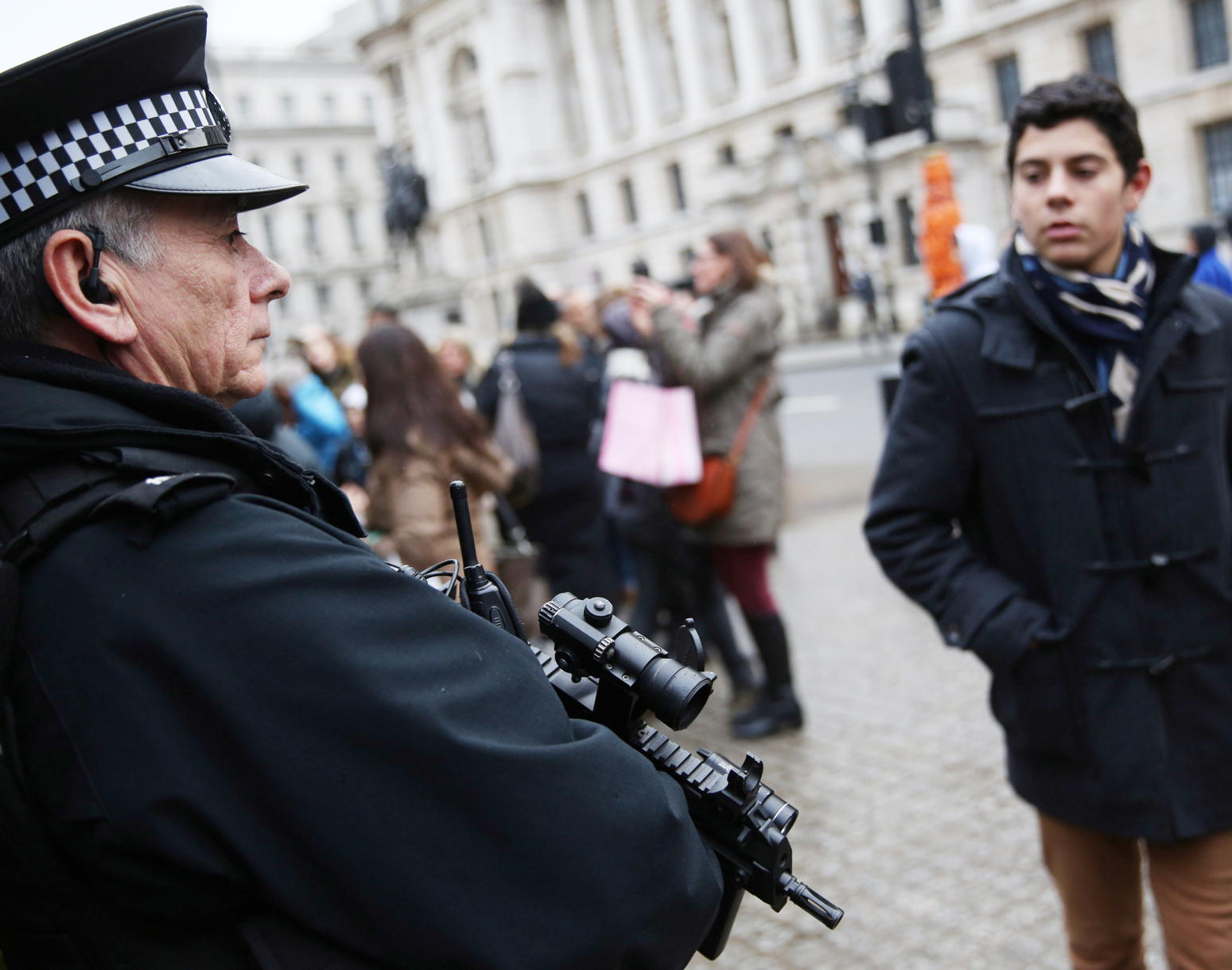 Policing and law enforcement in democracies depend on a combination of public consent and acceptance of the legitimacy of the state’s ability to use coercive force. The collection, recording and publication of data about the deprivation of life in policing and law enforcement situations is a basic step toward ensuring the responsiveness of police agencies and their accountability under the rule of law.

Despite the importance of lethal force, relatively little is known internationally about how often it takes and under what circumstances. Existing monitoring efforts tend to focus on police killings in specific nations or cities, and usually do not allow for comparisons across jurisdictions, or to detect patterns or trends over time. 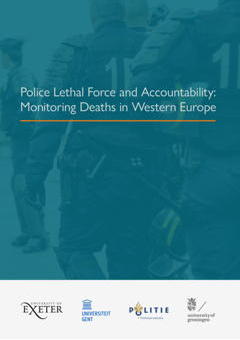 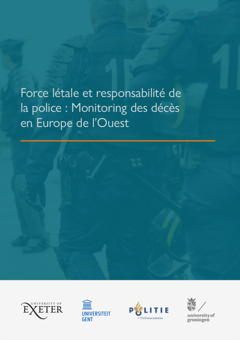 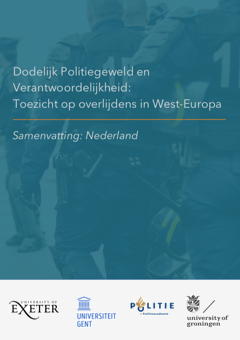 You can download the full report as PDF here on the left, in English or in French.

There is also a Dutch summary available.

Police Lethal Force and Accountability: Monitoring Deaths in Western Europe was launched on Thursday 11th February 2021. The video here includes the presentations given as part of that launch.

Police Lethal Force and Accountability: Monitoring Deaths in Western Europe can be summarized as follows:

The use of force by the police and other law enforcement officers has long been a significant topic of concern, especially when it results in death. This issue and the controversies around it have recently been highlighted by a series of high profile deaths in 2020.

Police Lethal Force and Accountability assesses the frequency of deaths, and the availability and reliability of information regarding deaths, associated with the application of force by law enforcement agencies in four jurisdictions: Belgium, England & Wales, France and the Netherlands.

As documented, while deaths from the use of force appear relatively rare across these four jurisdictions when compared to countries such as the US, the procedures and policies for recording, investigating and disclosing details associated with deaths are wanting. The availability of official information on the number of deaths associated with the use of force, its reliability, and the extent of details collected on those who die at the hands of the state vary from country to country. While there are elements of good practice, the procedures and policies are often lacking in critical respects. As a result of such deficiencies, it is difficult to assess many important dimensions of policing; including whether some communities are disproportionality subjected to the lethal use of force.

Ultimately, reducing the extent of police force requires addressing underlying societal conditions associated with employment, health, housing and education. However, more can be done by law enforcement agencies, as well as by their oversight bodies and government ministers. Assembling data and evidence that is accessible, relevant and useful to those concerned with lethal force is a necessary step to enhance accountability for, and thereby possibly prevent, deaths. Police-related bodies not only need to act on what they know but, to demonstrate they are doing so, to the populations they are meant to serve. Every death associated with the use of force by law enforcement officials should be recorded, recognised and investigated. No one’s death should go unacknowledged and unexamined.

In this spirit, the overall conclusion of Police Lethal Force and Accountability is as follows:

Policing agencies considered in Belgium, England & Wales, France and the Netherlands, all need to enhance data collection, publication and analysis of deaths following the use of force in their respective systems. Further, they need to act upon lessons from previous experiences, so as to help prevent future deaths and ensure different communities are not disproportionality subjected to the lethal use of force.

Toward a Lethal Force Monitor 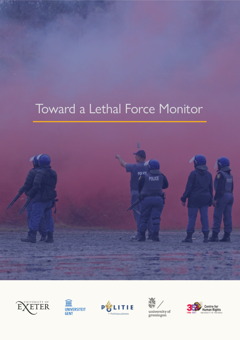 The full report is available for download as PDF here on the left, in English only.

Toward a Lethal Force Monitor was launched on Wednesday 7th July 2021. You can listen (46min),

or alternatively watch the video of the presentations given as part of the launch.

The report can be summarized as follows:

Toward a Lethal Force Monitor assesses the existing procedures and policies for recording, investigating and disclosing information on deaths associated with the application of force by law enforcement officers in Kenya and South Africa. While policing agencies in these countries are overseen by authorities that strive to be an effective check against police impunity, in both concerns can be raised about the public awareness of, access to, and confidence in the information collected on the use of lethal force. Relatedly, evidence that law enforcement agencies analyse information about the use of force in order to identify learning opportunities, or act to revise their policies and practices in light of lessons learnt, is either missing or scant.

Consequently, while Kenya and South Africa have notable police accountability mechanisms in place, both systems still have scope for improvement in making those institutional structures more robust and effective. The country studies of Kenya and South Africa given in this report detailed recommendations for reform.

Toward a Lethal Force Monitor also sets out a future agenda for developing standards for compiling data on the use of lethal force. Currently, a variety of attempts are underway in different countries to monitor police actions. And yet, there are relatively few efforts to assess practices across countries. This report concludes by specifying some of the principles that could underpin the methodology for a comprehensive international Lethal Force Monitor.

In memory of Christof Heyns, as well as the inspirational driving force behind this report, Anneke Osse.